Get on the puck!

The PostFinance Trophy is the largest national ice hockey tournament for schools. We accompanied the Rosenberg Stars as they prepared for the qualifying round in St. Gallen Rhine Valley.

The girls rummage about in their sports bags with a mix of wonder and excitement: Julia marvels at the thick padding in the trousers. Amra is the first to try on her helmet. And Anesa holds up the neck guard asking: “What’s this supposed to be?”

The Rosenberg Stars, six girls from the Rosenberg School in St. Margrethen, are getting ready for the qualifying round of the PostFinance Trophy at the indoor ice-rink in Widnau (St. Gallen). The hockey equipment used by the primary school pupils is being provided by the organiser. The aim of the Switzerland-wide campaign? To provide any children with an interest in this fast-paced game with the opportunity to test their skills on the ice.

And the offer has been taken up enthusiastically! In the past year, a total of 2,091 players in 257 teams have competed at 20 locations. There will be another six locations added to the programme this season, and thus further expanding the ice-hockey fan base!

“Mr Sutter, Mr Sutter!,” cry the girls wildly. Tino Sutter (29), the teacher accompanying the new recruits as they take part in the tournament, certainly has his hands full: adjusting elbow pads, tying laces and checking whether helmets are sitting properly.

His team this year is not quite the favourite to win. Up to ten players are actually permitted to take part per group, one of whom may be a licensed club player. The Rosenberg Stars comprise only six players, all of them girls, the strongest of whom has only ever played around a dozen times on the ice.

“Doesn't matter. The main thing is to take part and have fun,” says Sutter, himself a major hockey fan and former second-division player. “The all-girls team just happened by chance.” No boys signed up. They’d be more interested in football, he explains. “The girls in my team are always open to trying new things, which is really great.”

Half the girls had their first ever taste of hockey when the group training started. Before the whistle blows to start the game, coach Sutter goes over the basics again of holding the hockey stick and why not everyone should follow the puck at the same time.

Just like the professionals, the girls gather in a huddle before the match kicks off. Then one more battle cry of “Come on girls: let’s go!” before they scatter across the ice.

Every goal a victory

Within the first few minutes of the game, it becomes clear that the Rosenberg Stars don’t stand a chance against the Tippilzou Black Hawks, with the opponents scoring one goal after the other. The Rosenberg Stars are certainly not ready to give up though: steam soon rises from their jerseys, hair is plastered across faces and cheeks are glowing. And most importantly: eyes still shining bright with determination.

The first goal from the Rosenberg Stars is cheered louder than by any other team before them. By the end of the tournament, the girls have scored a total of ten goals. Every single one is celebrated as a victory in its own right. Even a few nasty collisions that resulted in tears couldn’t dampen the high spirits.

After five games lasting 20 minutes each, the Stars from St. Margrethen are placed last. They regroup once again: “I am so proud of you all – you put up a great fight and only got better as the tournament progressed,” says Sutter, recapping on their success that day.

Back in the changing room, the girls drop wearily to the bank: Ezana feels for bruises. Melissa massages her feet. And Captain Malia recounts their goals. Asked whether they would play hockey again, a resounding “Yeaaaaaaah!” echoes round the room.

Since 2001, PostFinance has been the principal sponsor of the Swiss Ice Hockey Federation (SIHF) and the National League, and is committed to promoting the sport’s up-and-coming stars.

The PostFinance Trophy is the largest national schools ice hockey tournament for young people up to the sixth year of school. The qualifying tournaments will be taking place until the beginning of January 2020, the semi-finals will follow after this, and the final will be held in Constance on 16 February 2020.

As part of the PostFinance Top Scorer project, the top scorers (players with flame-adorned helmets) of the National League and Swiss League teams will aim to score as many points as possible for the junior teams: for every point, every goal and every assist, PostFinance will pay 300 francs to the clubs of the National League and 200 francs to those in the Swiss League. 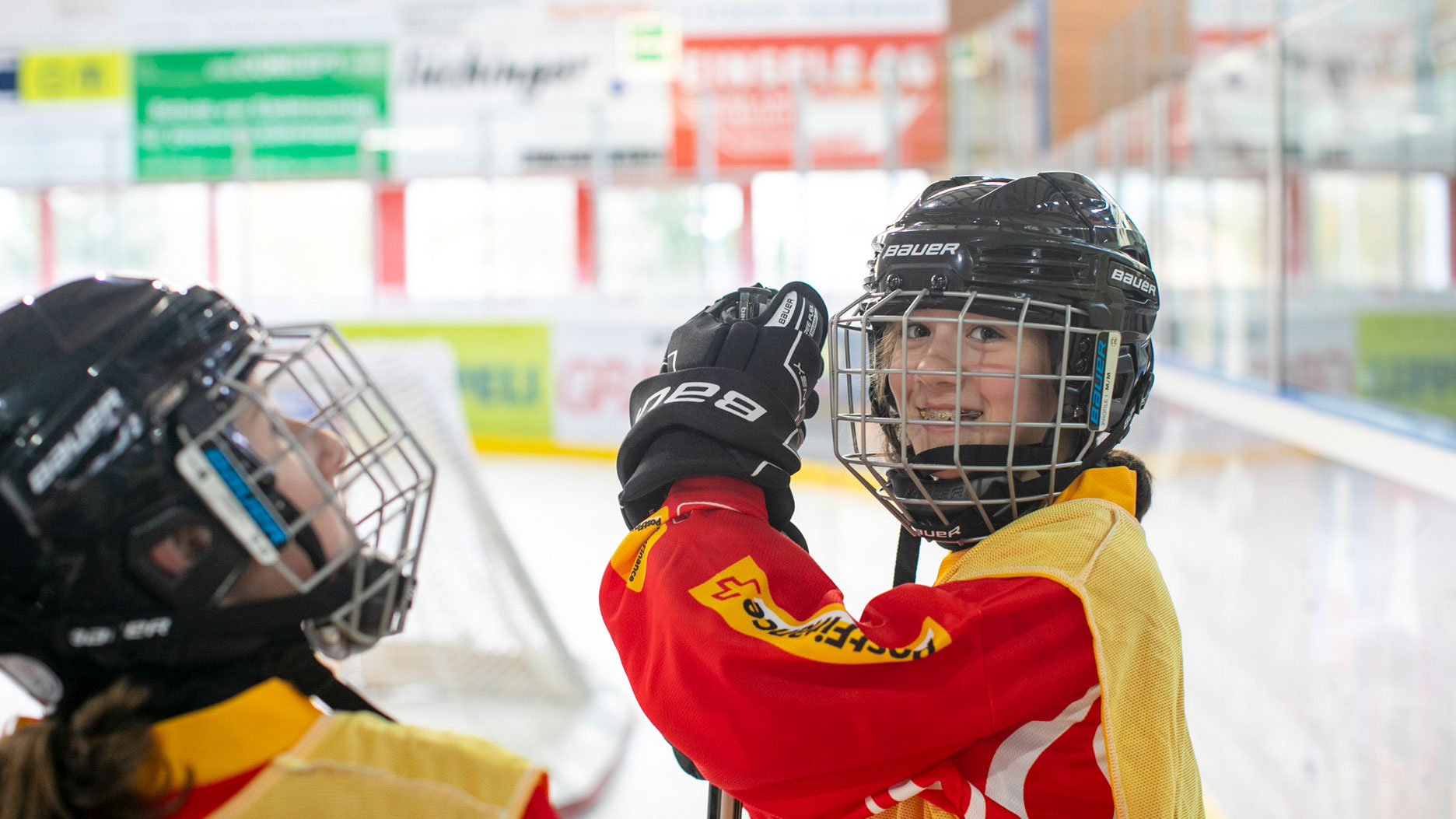 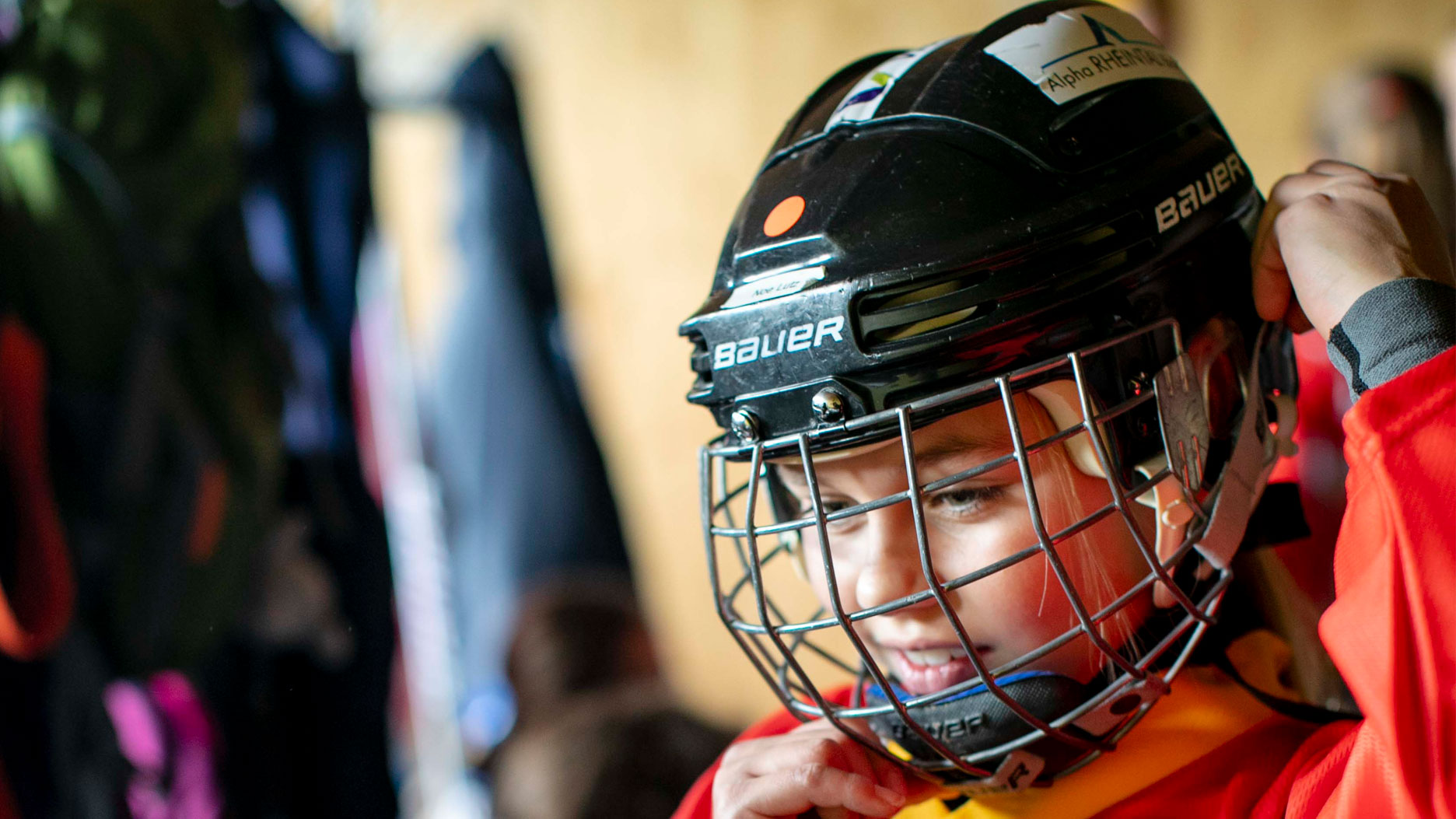 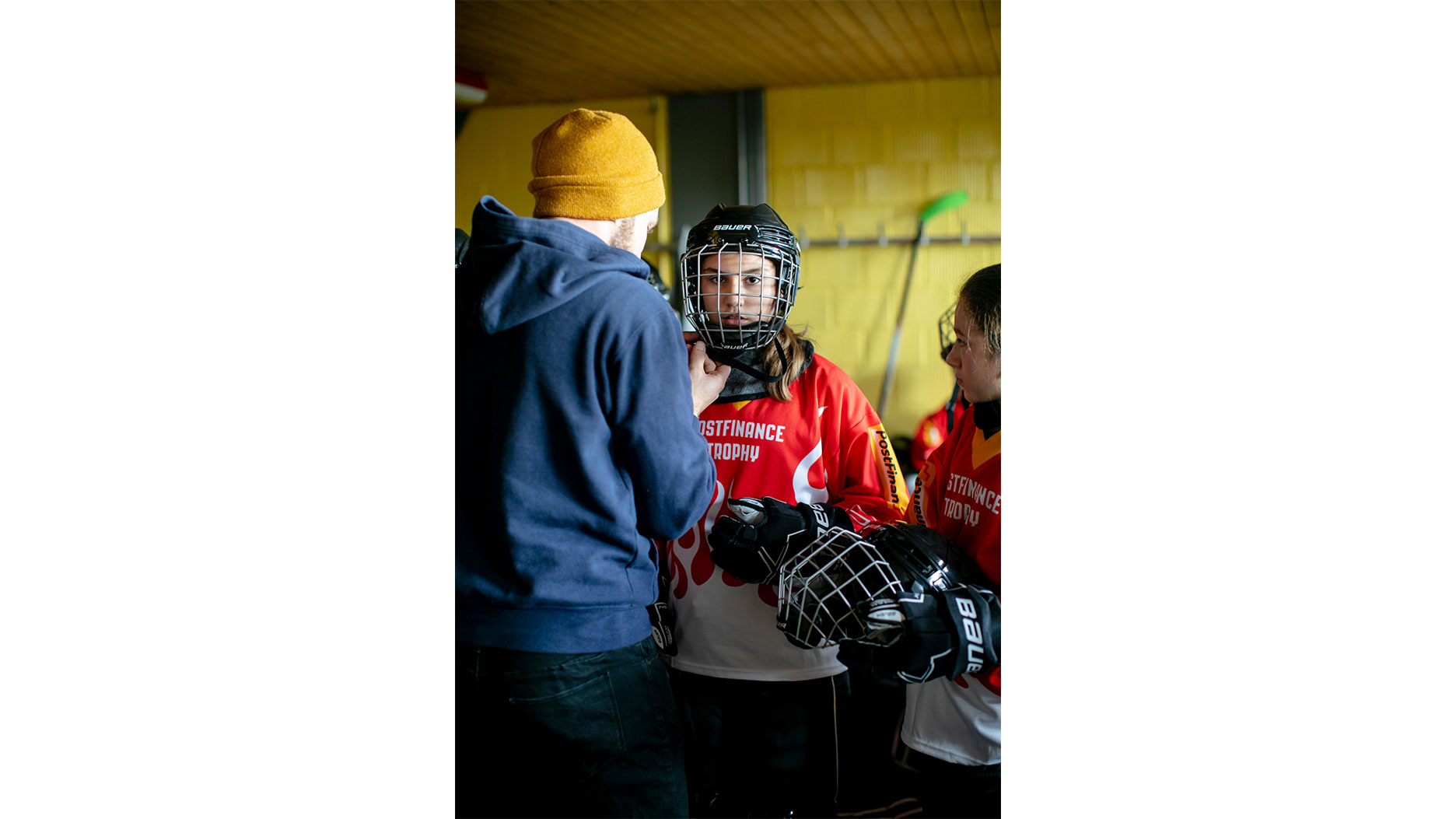 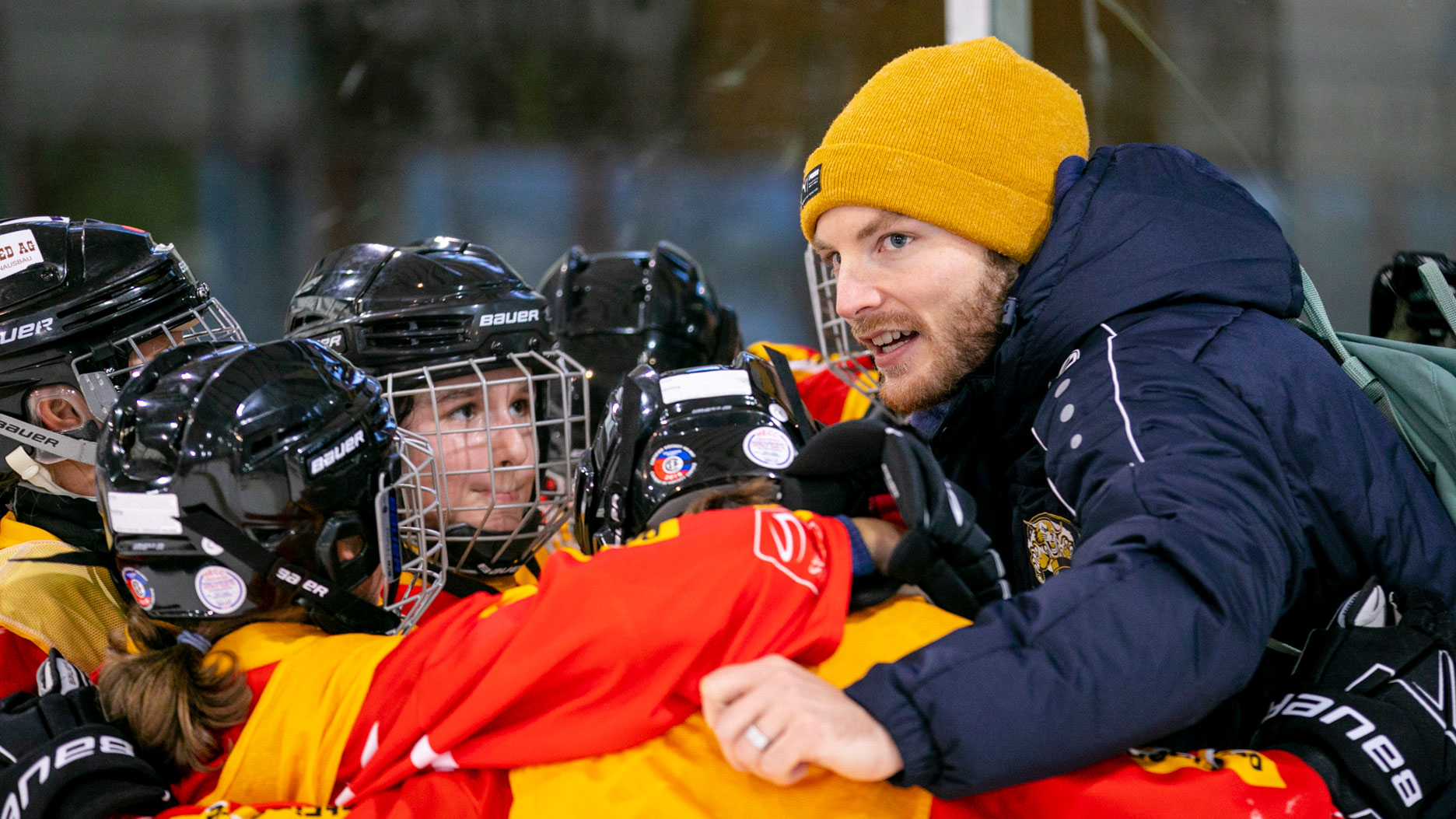 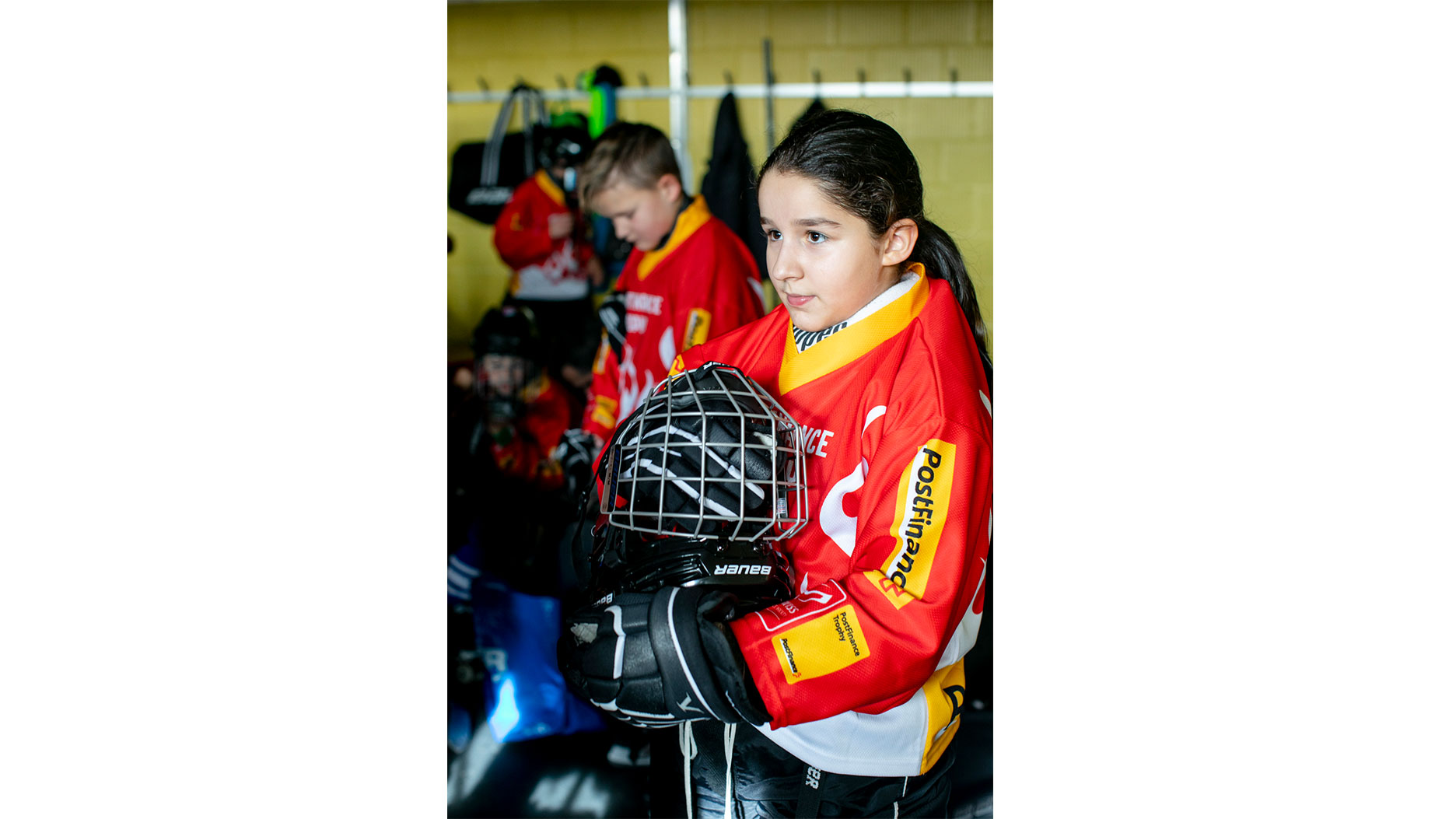 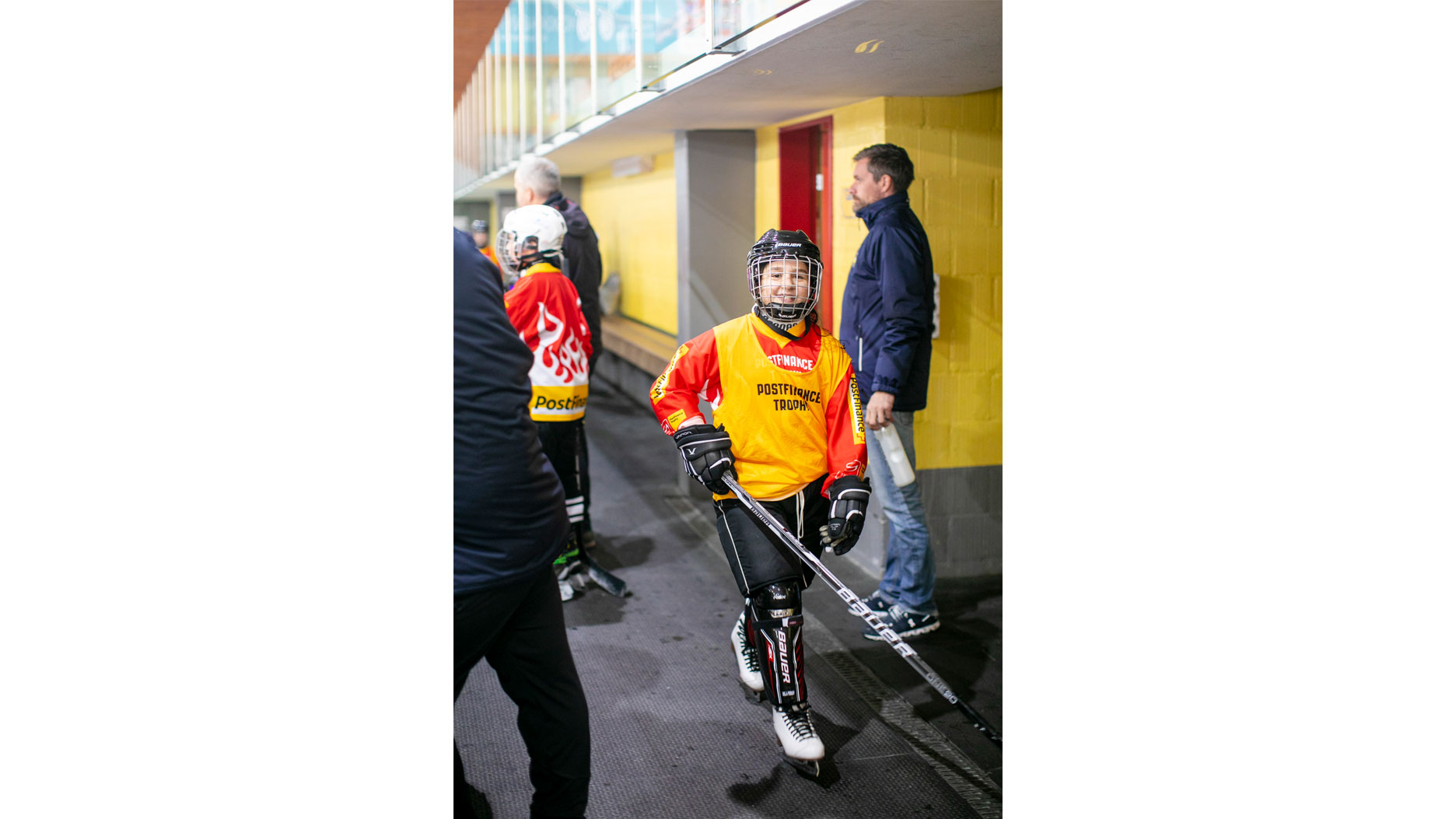