Hans Erni designed four monumental tapestries for the PTT in 1970. On the occasion of the 40th anniversary of the Hans Erni Museum, Swiss Post is donating the tapestries to the museum. Interview with museum director Heinz Stahlhut.

With the four motifs of letter, airmail, echo satellites and technicians, the tapestries show four central fields of activity for PTT in the transmission of information in a modern society. 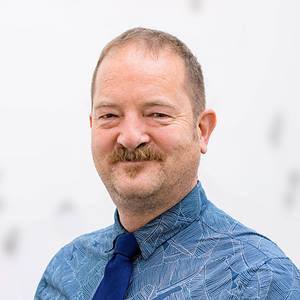 The Hans Erni Museum celebrates its 40th anniversary this year. Swiss Post has therefore decided to donate four Hans Erni tapestries to the museum. How did this come about?

The tapestries could no longer be housed in the Swiss Post buildings. That’s why the director of the Swiss Post art collection contacted the Hans Erni Museum and asked whether we would be interested in accepting them as a gift. As the institution for the collection, preservation, research and communication of Ernis’ work, the museum is of course the natural successor for housing these extraordinary works.

What significance do the tapestries bear in the context of Ernis’ life’s work?

Over the course of his long life, Hans Erni created numerous works for the public sphere. The catalogue of these works contains over 100 such pieces. These include murals, reliefs, stained-glass windows, sculptures, mosaics and of course a number of tapestries, the largest of which were created for the Directorate General of the PTT at the time. In this respect, they are of tremendous significance in the work of the artist.

What is their cultural-historical value?

For Hans Erni, a work of art should never be an end in itself. He always intended his art to also have an impact on society, to take up a position – an attitude that didn't always make him friends in Switzerland, especially during the cold war. However, the tapestries are also decoration in its finest sense. Erni’s work is in the tradition of Classical Modernism, which sought to transcend the boundaries of genre between high art and design, to move beyond the protected space of the museum but to have a real impact on society.

What do the subject matters of the four tapestries relate to?

With the four motifs of letter, airmail, echo satellites and technicians, the tapestries show four central fields of activity for PTT in the transmission of information in a modern society. Erni, however, does not simply depict these themes in terms of crude realism; with the figures in ideal nakedness and his abstract visual language, he finds intuitive symbols for the processes and activities cited.

On its ground floor, the Hans Erni Museum has for some time now been presenting objects from the collections of the Swiss Museum of Transport – on whose grounds the Hans Erni Museum is located at the artist’s request – along with works by Erni, with the aim of making the connection between the two institutions more apparent. In the coming year, the tapestries will be presented there with objects from the Swiss Museum of Transport’s collection from the areas of post and communication in order to emphasize once more the relationship between the two museums. 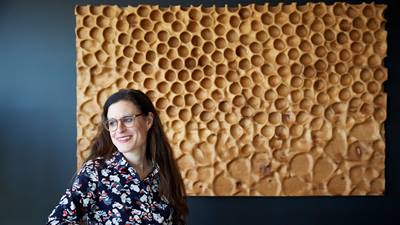 The keeper of the art collection