Lower interest income from PostFinance and continually falling letter volumes had an impact on Swiss Post figures in the first half of 2019. Swiss Post Head of Finance, Alex Glanzmann, sees a need for action.

Swiss Post earned a profit of 193 million francs up to mid-2019, 25 million francs lower than in the prior-year period. The operating profit (EBIT) of 269 million francs was also down, falling by 19 million francs in comparison to the first half of 2018. The lower interest income achieved by PostFinance and falling letter volumes are putting Swiss Post’s result under further pressure. As a result of increasing parcel volumes, Swiss Post is also required to invest considerable sums of money in parcel processing by PostLogistics.

Other sources of income required 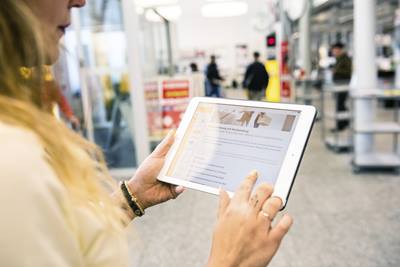 Despite lower result: Swiss Post on the right track in challenging environment