The world is facing an enormous challenge. In our interview with Professor Claus-Heinrich Daub, sociologist and sustainable business management expert at the University of Applied Sciences and Arts Northwestern Switzerland, we discussed why we kid ourselves when it comes to sustainability, and what we can change.

Mr Daub, how is our planet doing?

We still have a window of approximately ten years to achieve the climate goals agreed in Paris in 2015. I myself am sceptical that this window will be used effectively. Sociological research shows that societies struggle with such large-scale changes. In the worst-case scenario, we have to prepare for a temperature increase of four to six degrees Celsius by the end of the century. That would have an extreme impact on us as people and our lives.

Is consumer society in general the problem?

Consumption isn’t a bad thing per se. The question is what and how much is being consumed. Take food, for example. The number of overweight people has been on the rise in the industrial nations for many years. Clearly, we are consuming too many calories and eating and drinking many of the wrong things. In this case, consumer society is indeed a problem.

Who is responsible for counteracting this negative trend?

All of us! But, above all, the people we have elected. Politicians represent our interests. They should be the ones who consistently dedicate themselves to sustainable development and create laws that may be unpleasant and inconvenient but which ensure that we finally start to take some positive steps forwards.

Is that not an intrusion upon society’s autonomy?

No, we should view the intervention as a form of assistance. Nobody likes to do without things or be forced to restrict themselves. But that is how it will have to be, if we are to slow down climate change. Of course these steps have to be considered carefully. In some sectors such as aviation, however, drastic measures will be required. And there will be a price to pay for all of us – not just individuals, but also companies.

There are no sustainable companies. At most, some are more sustainable than others. There are those that do more than they are obliged to by law and stand out because they set a positive example. And that’s a good thing, as it’s always a case of considering how much sustainability you can and would like to afford as a company. Swiss Post is without doubt one of the companies that does a great deal within the bounds of what is possible. And that is also true at international level. In addition, Swiss Post always demonstrates that it promotes sustainability beyond what is obliged to do.

Companies talk a huge amount about sustainability. Is it merely a marketing ploy (greenwashing)?

Of course some companies greenwash systematically. You see this when a service is sold as being particularly sustainable even though it has very little impact. What is not greenwashing, however, is when a company can prove that it actually practises what it preaches. We are welcome to and should talk about sustainability, but first of all we need to take some kind of credible action for it.

Will movements like Fridays for Future challenge politicians and businesses more in the future?

Yes, hopefully! I am pinning a lot of hopes on the Fridays for Future movement and am myself involved in Scientists for Future, which supplies young people with scientific facts. Young people are absolutely right to protest, as current events are destroying their future. I hope that such movements will continue to remind us loudly and clearly what we are risking.

We demonstrate and preach sustainability, but continue eating meat, flying, etc. Is that not hypocritical?

Eating and travelling use up resources. Even walking burns calories. It is simply a question of what we eat and how we get around. So it is not hypocritical – it is a question of balancing the pros and cons carefully. We don’t have to stop eating or travelling from A to B. We simply need to consider what makes sense and is appropriate in each situation – for ourselves and the planet.

What are the biggest factors in terms of living more sustainably?

There are various areas. There is our own mobility behaviour, our consumption of both food and consumer goods, and our living situations. Do we have to fly when we go on holiday? How much meat do we have to eat, and how often do we need a new smartphone? How high do we need to set the heating in the winter? And then there are our efforts to tackle climate change, by which we show that we are prepared to actively do something.

You are a vegan. The vegan diet comes in for some criticism, primarily because of the exotic products it involves. How do you approach this topic personally?

I am relatively consistent in that regard and follow a few basic ground rules: organic whenever possible, as unprocessed as possible, short transport distances and storage times and seasonal food.

Is a sustainable lifestyle also a question of money?

There is no clear answer to that question. In principle, people with more money can consume more sustainably, as sustainable products are often more expensive. At first glance, people with less money have less freedom of choice. They buy fewer organic products, live in rental apartments with poorer insulation or cannot do without their cars because the place where they live does not have good transport links. At the same time, however, research shows that people with fewer resources generally live more sustainably overall. They do not fly, or do so perhaps only once a year, they have smaller living spaces, etc. 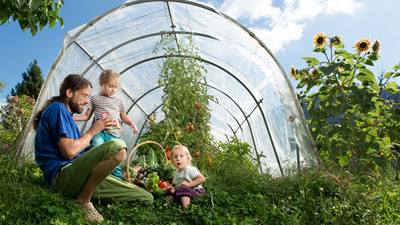 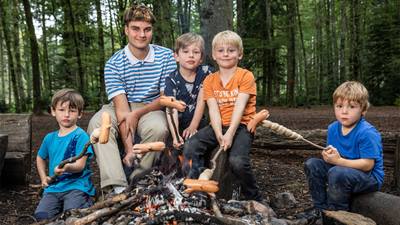 Responsible – as private individuals and as an employer

Responsible – as private individuals and as an employer