Hans Schneeberger is one of the oldest mail carriers in Switzerland and has still got bags of energy.

He’s ancient. But only on paper. One day after his 100th birthday we turn up on at his front door. Hans Schneeberger lives in a handsome family home on the outskirts of Niederönz in the Bernese Mittelland. Shortly after we ring the bell, he opens the door. A small man, neatly dressed with beige pleated trousers, shirt and tie. “I’ve got visitors at the moment”, he says and leads us into his living room.

“Thanks for the flowers”

We’re greeted by a sea of beige sofas and a red recliner. On the sideboard are rows of framed pictures of family and friends – including his two deceased wives. A large number of gifts are neatly arranged on the dining table. “We’ll get going, then”, say the visitors. “Thanks for the flowers”, responds the centenarian. “No, no, they’re not from us. The two nice ladies from Swiss Post brought them.” “Oh yes”, says Hans Schneeberger and begins to tell us about his eventful life. “You know, those years at the field post made me a self-confident young man. I actually wanted to become a mechanic like my father but my mother had had enough of constantly washing oil-covered overalls.”

His older brother ran a bakery so training to become a baker/confectioner was an obvious choice. But he had to give up this profession after suffering from an allergy to flour. “When I came to Swiss Post, the manager in charge said: a baker/confectioner? That won’t do at all. I began my postal career the next day’, he says. He discovered his love for music at the field post and this led him to start the band Silverstars with which he performed dance music for many years. “I played accordion and Hawaiian guitar, the latter is still in my basement. Speaking of cellars, do you want a glass of wine? I received over 50 bottles for my birthday. I’ve been drinking red wine every day for 15 years.” Maybe that’s the secret to his longevity?

“I don’t do anything in particular really, I just watch what I eat to reduce gout, which isn’t fun in the slightest.” The phone rings. Hans Schneeberger gets up nimbly, picks up the receiver and says “Hello”. “Hi Great Grandpa, it’s Fabian in Germany. I wanted to congratulate you. Did you have a party yesterday?” Hans laughs and says yes, lots of people came. “I’ve hit triple digits.” He leans back with a big smile. Both his wives had German roots so he still keeps plenty of contact across the border. He was still behind the wheel three years ago. “I could’ve continued driving, my doctor said I was more spritely than the average 70-year-old.”

He enjoys talking about Swiss Post. As a mail carrier, he brought all the earnings of the businesses in the village to the bank on his bicycle every evening. “On one occasion, someone told me the sum in the bags and I almost felt dizzy.” He was later put in charge of the post office in Niederönz with his wife Hedi. His beloved Alsatians were always at his side. You could listen to Hans Schneeberger for hours on end, as he never seems to get tired. It’s a good time to take another picture on his terrace. He also masters this with flying colours. But not before putting on his new jacket.

Did you know that … 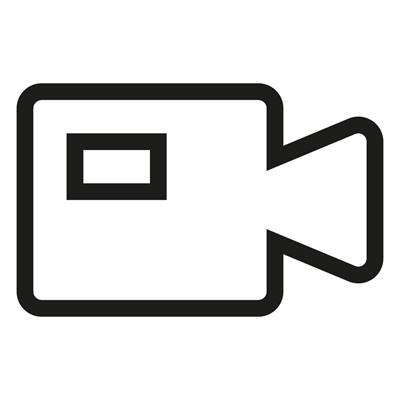 The full film is available on YouTube, Google Play and Netflix.

Hendrik Groen may be old but he’s still very much alive. Admittedly, his daily walks are getting shorter because his legs aren't up to it anymore and he has to go to the doctor regularly. But what else should he do? Just drink coffee, stare at his geraniums and wait for the inevitable? Not a chance. He now keeps a diary and can finally let it all out – an uncensored look at life in an old people’s home in North Amsterdam.

“I was amazed by the number of New Year’s cards”

The weather diviner who brings the mail

The mail carrier and his queen