For some, it’s a nostalgic trip back to their childhood; for others, it’s a true cult object. The children’s post office game continues to entertain children in living rooms across Switzerland, allowing them to learn about an important part of daily life, while also having fun.

Just like in our grandparents’ day, children still love to play as post office staff. For generations, the children’s post office game, “Kinderpost”, has made it easy for them. Unfortunately, neither our own archives nor the game’s manufacturer can reveal the precise year that the game hit the shelves for the first time. However, it was certainly one of the first games released by Carlit in Würenlos, which was founded in 1939. So it is safe to say that the first official children’s post office game entertained children in Swiss living rooms in the early 1940s. 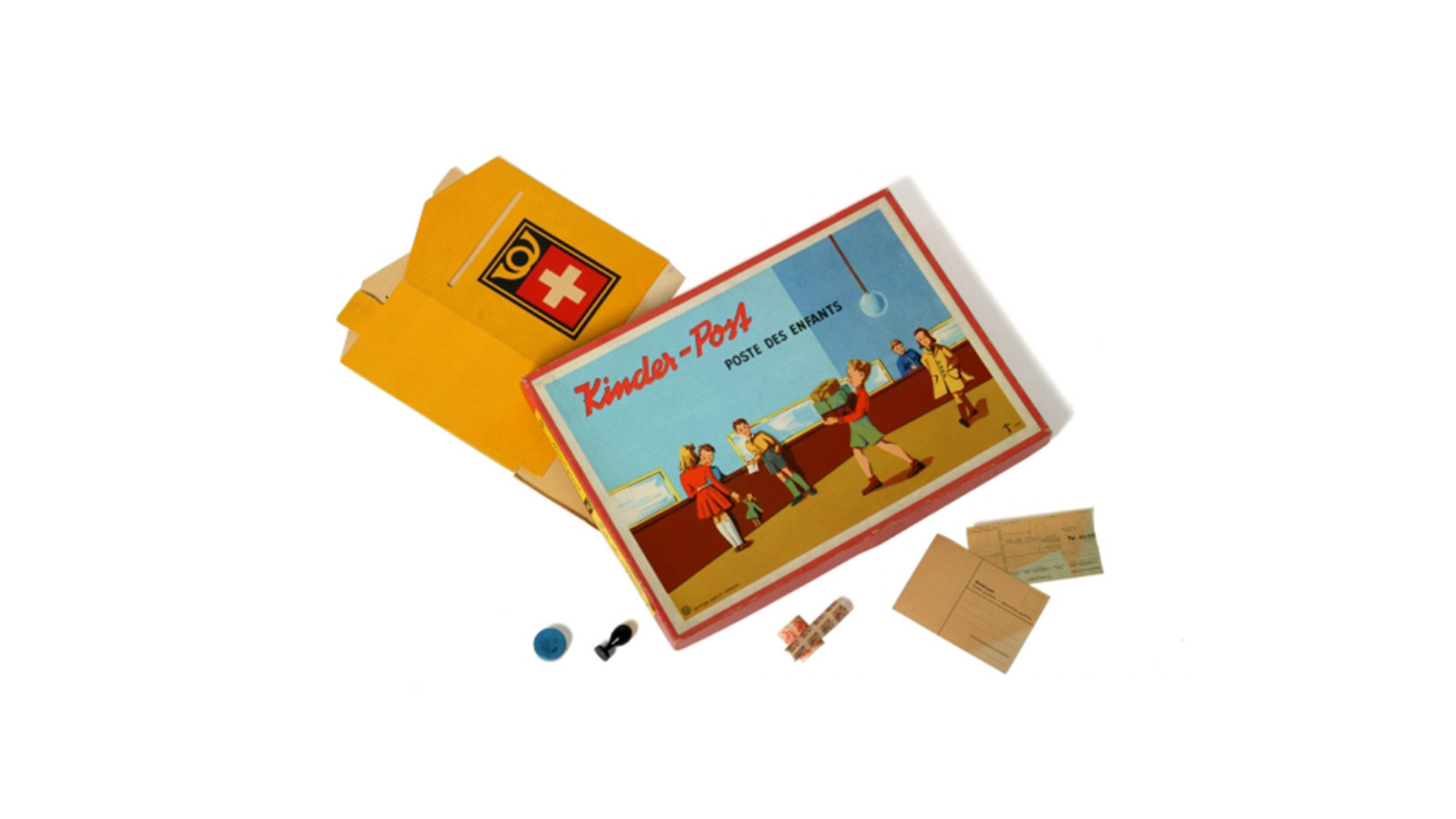 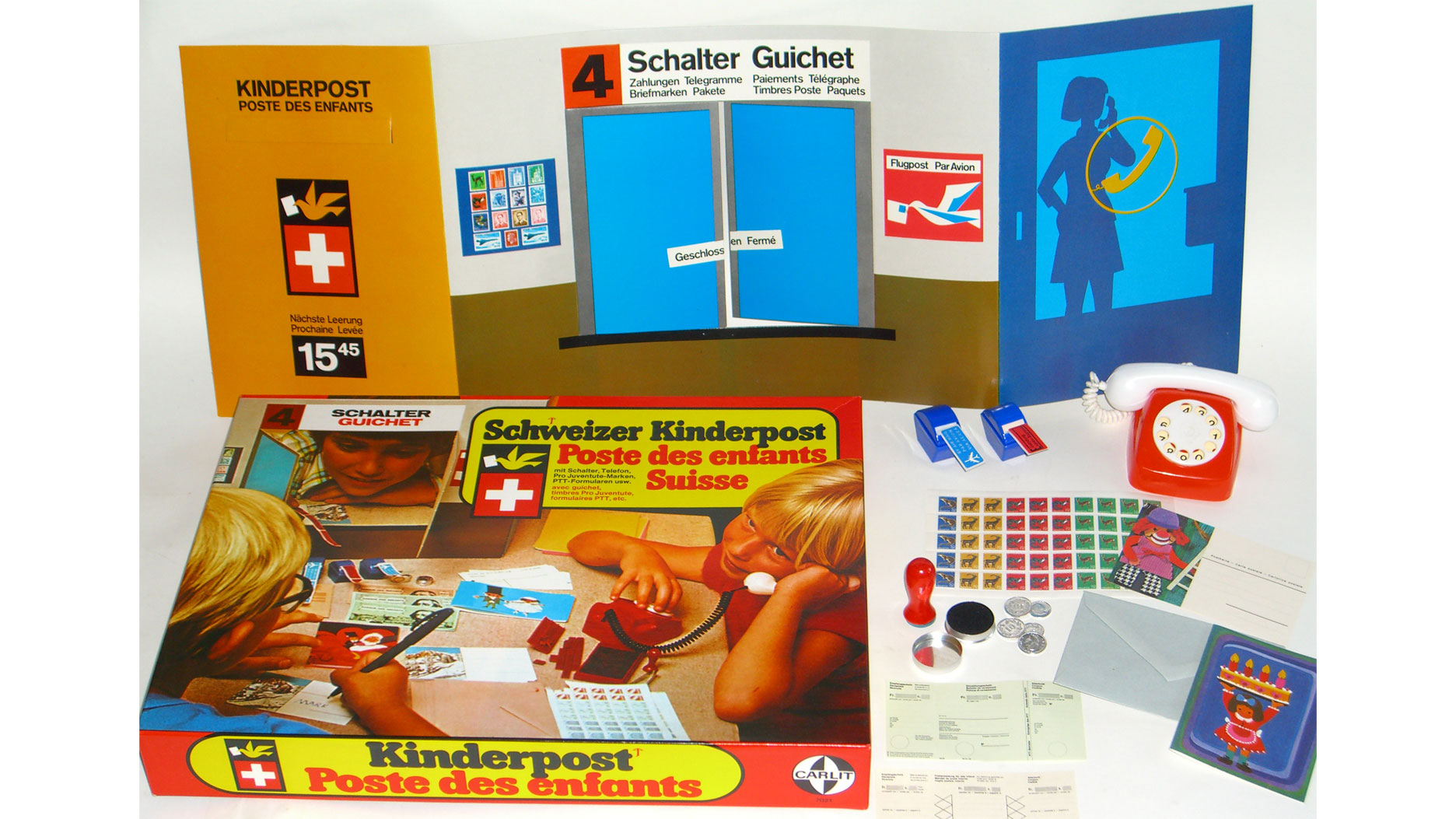 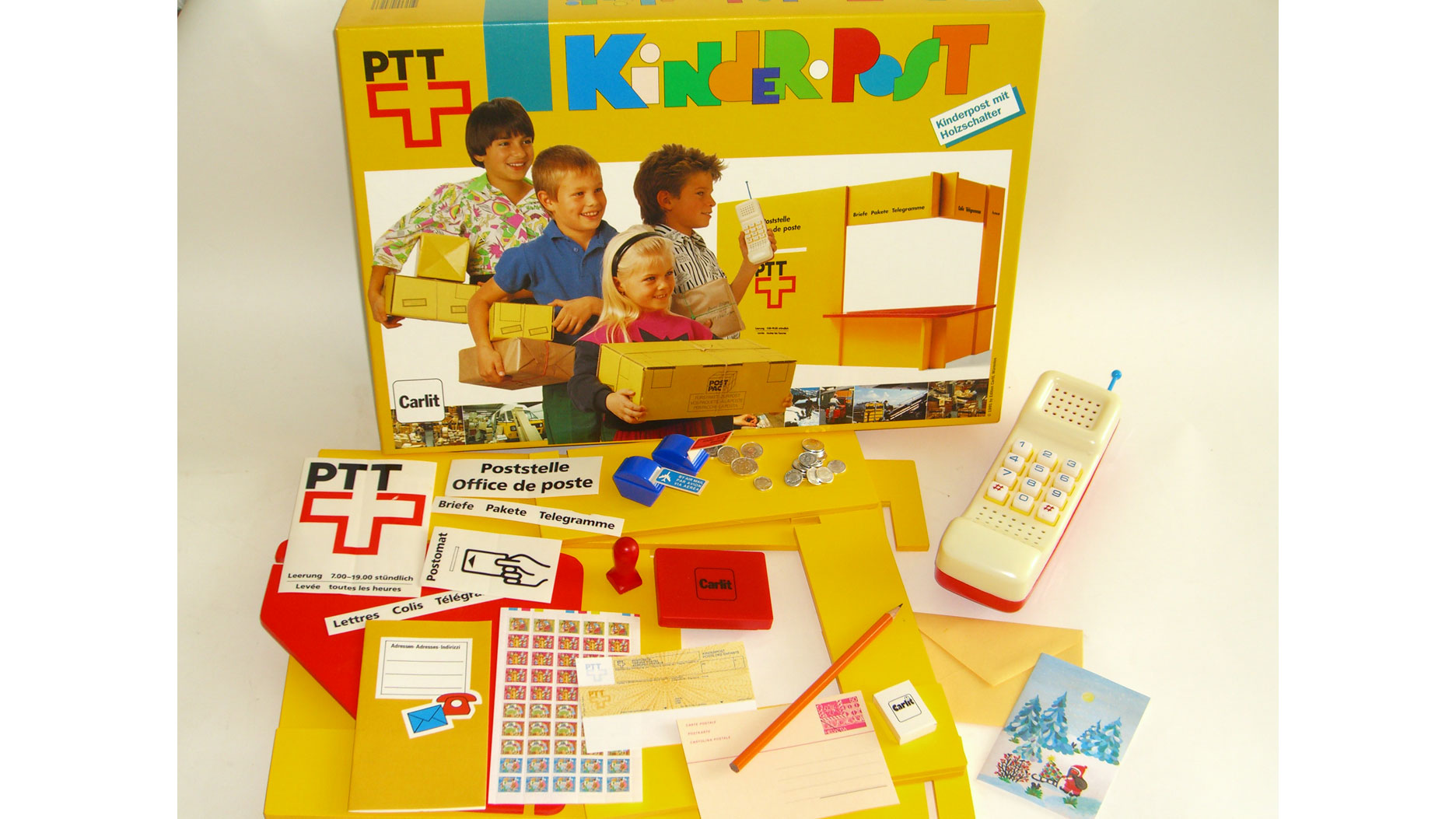 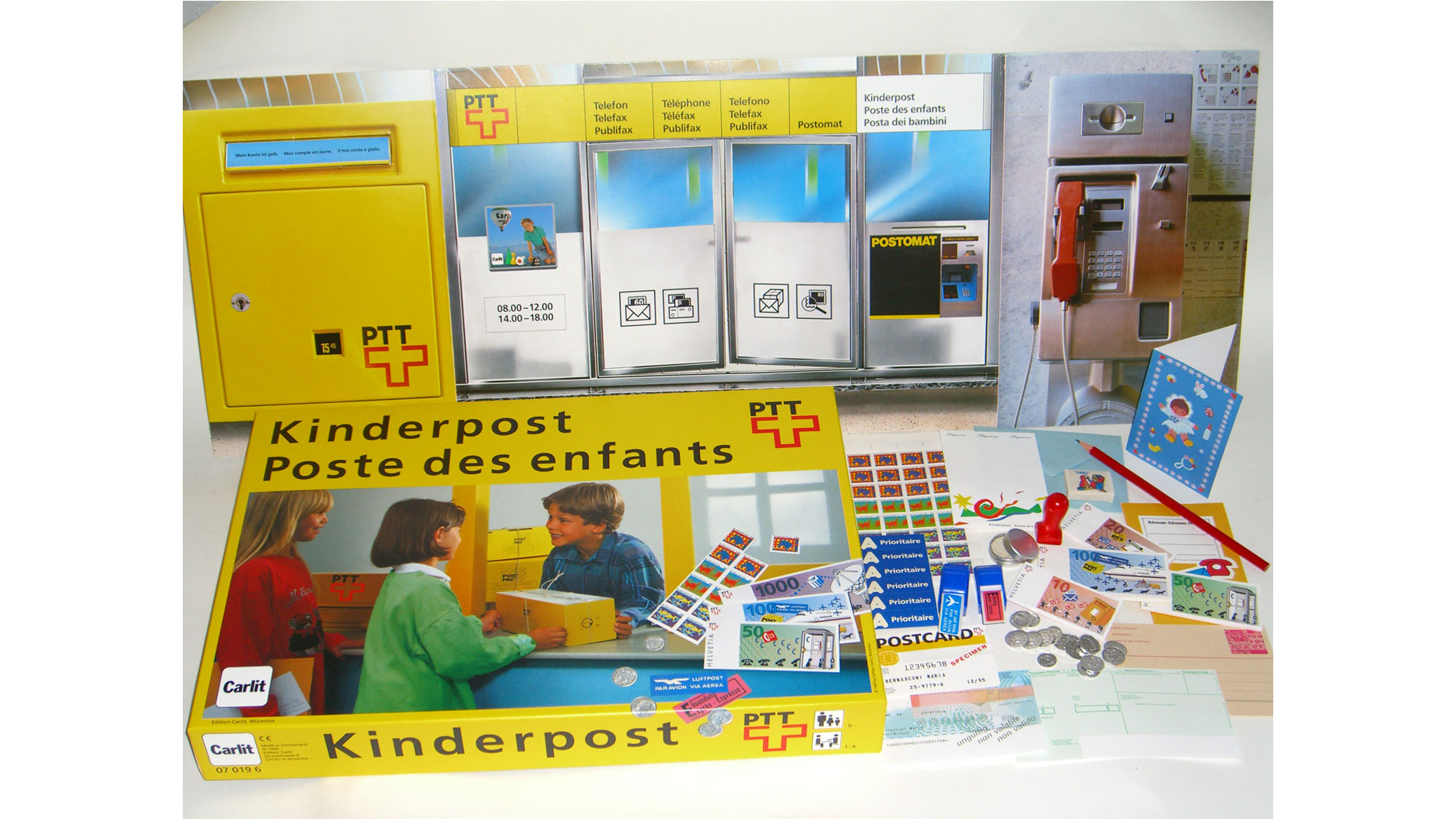 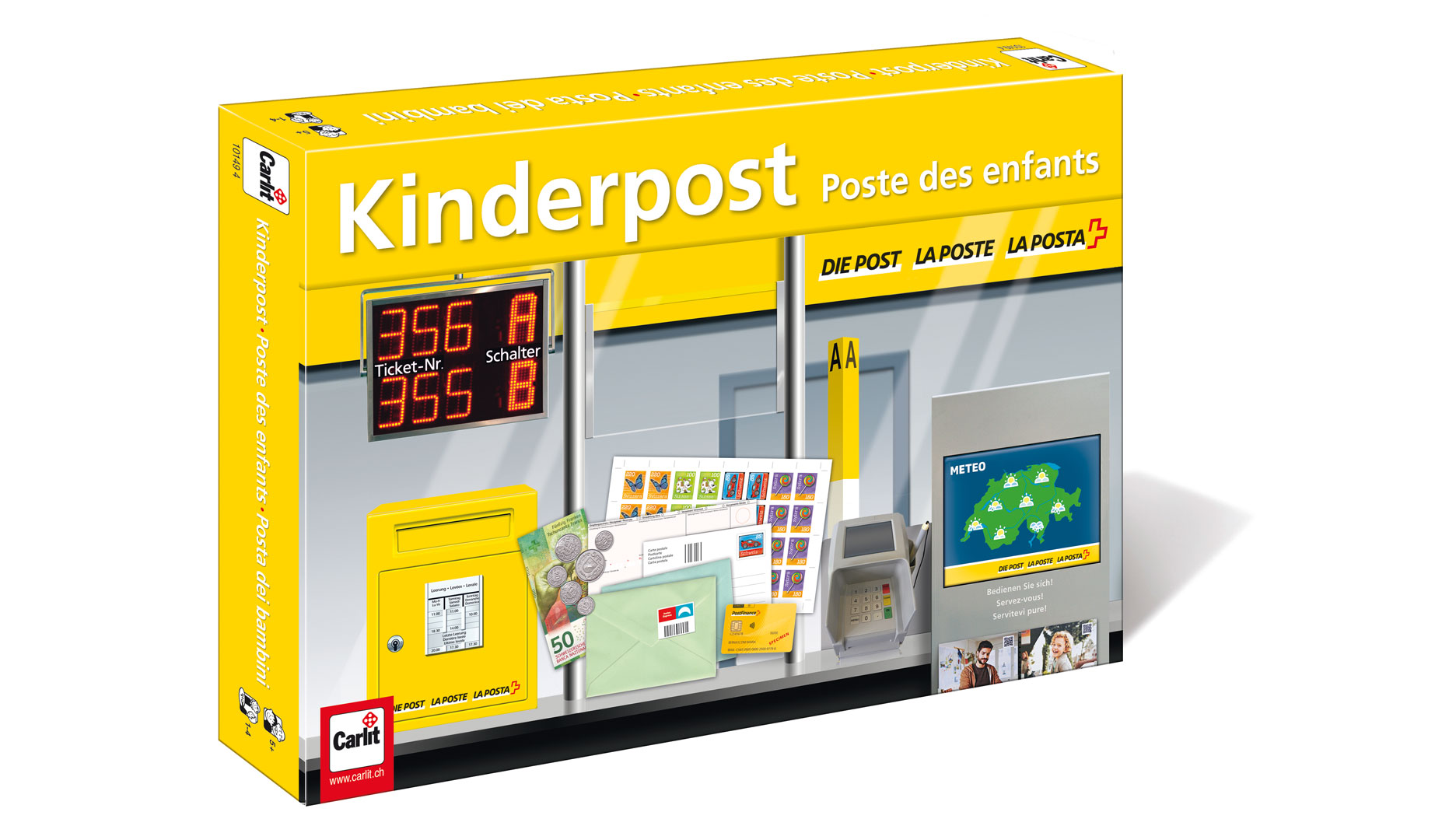 Just like Swiss Post, the game has adapted to the constantly changing needs of customers. While previous versions of the miniature post offices featured phone booths and stamp vending machines, the little post office workers of today play with card readers and digital ticket displays. And it’s not just the toys themselves that reflect the times; the packaging has also changed over the years. An interesting detail: if the toy letter boxes are to be believed, the best post box collection time from the 1970s to the 1990s was apparently 3.45 p.m.

Swiss children aren’t the only ones that like playing with their mini post offices. In Germany, a children’s post office game was launched in 1890. Postal companies in France, the United Kingdom and the USA also issue their own miniature post offices. One thing is certain: children around the world continue to enjoy playing as post office staff, taking care of post office business and learning about an important part of daily life, while also having fun.

The Postbus conquered the Gotthard 100 years ago