Swiss Post operates some of Switzerland’s largest photovoltaic systems on the roofs of its letter and parcel centers. The 15 systems now produce over 7 gigawatt hours of solar power annually and this is scheduled to be increased. Read about an on-site visit to the roof of the Zurich-Mülligen letter center. 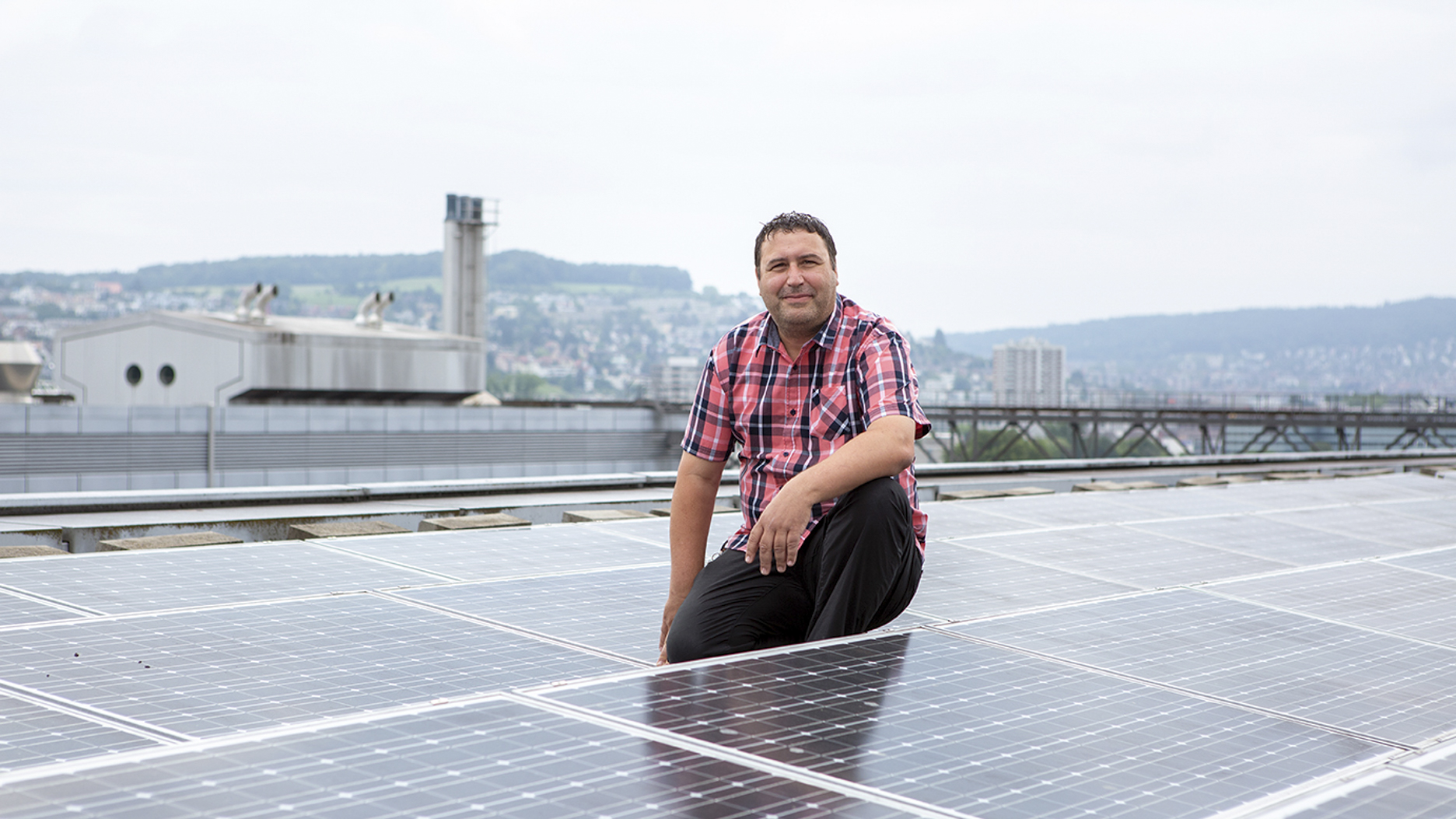 “As Swiss Post, we try to plan ahead about twenty years – and to develop solutions which are efficient and economical in the long term.” 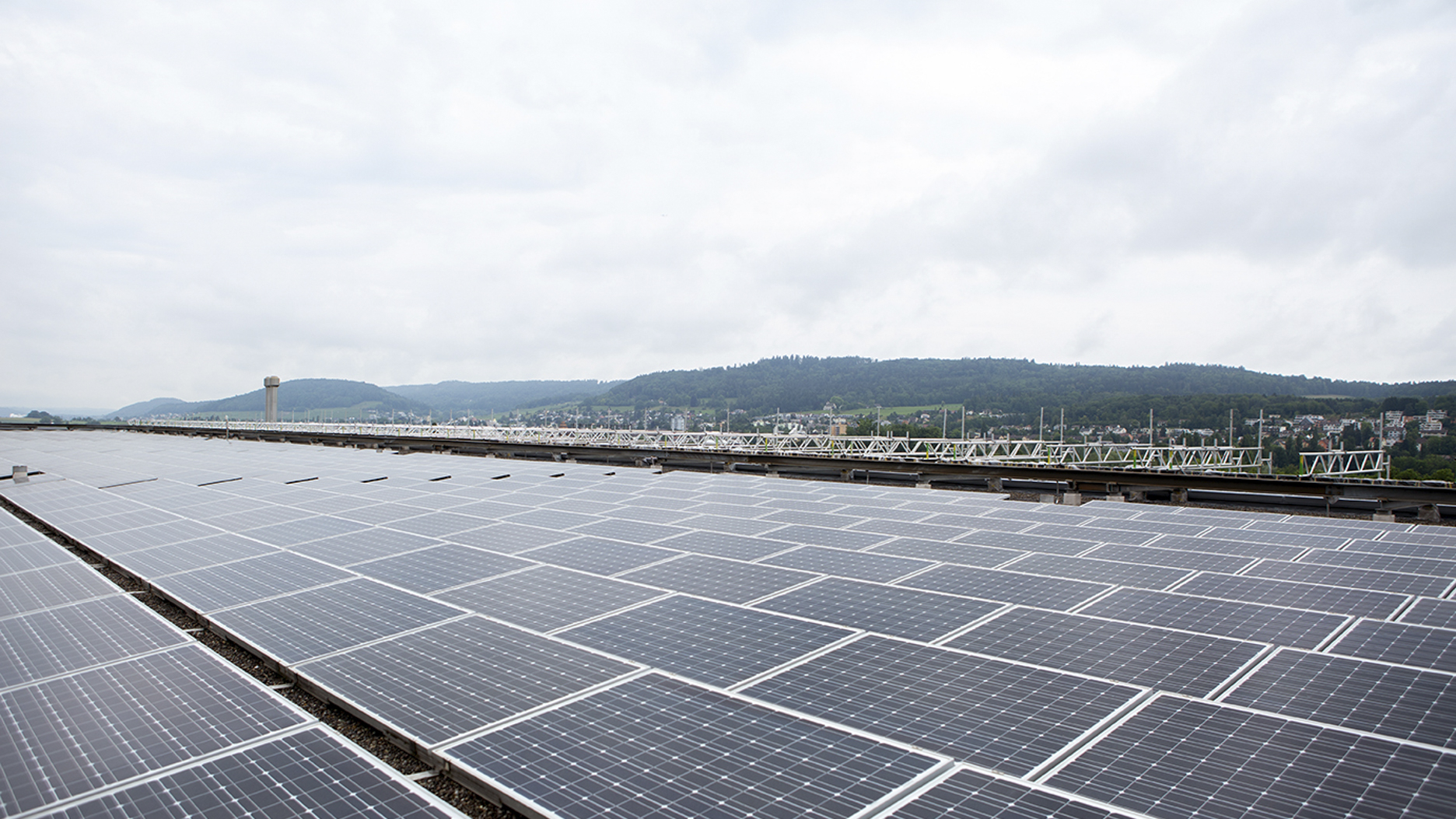 Some 5,547 solar modules have been installed on the roof of the Zurich-Mülligen letter center, covering a surface area of 9,098 square metres.

Swiss Post operates 15 solar panel systems, and the installation on the Zurich-Mülligen letter center is the biggest of them all.

The solar modules on the roof of the Zurich-Mülligen letter center can't be counted in a hurry. Facing south, the self-cleaning silicon panels lay row upon row at an angle of 10 degrees. Marc Kilcher, expert photovoltaics manager at Swiss Post, knows how many there are: 5,547 panels have been installed here covering a surface area of 9,098 square metres. The photovoltaic system came into service at the end of 2012 – the first system installed by Swiss Post and one of the largest in the whole of Switzerland. Since then, the solar power generated by Zurich-Mülligen has been fed into the network of the energy provider, EWZ: a little over 1.3 GWh per year, representing the energy requirements of about 300 households.

What is feasible and what is economical?

In the wake of Zurich-Mülligen, further photovoltaic systems were quickly planned. “A wide range of contracts were signed with the energy providers,” recounts Kilcher. “To guarantee quality and efficiency, we nevertheless soon introduced standardized systems and standards.” His tasks include supervising the feasibility and profitability analyses for new installations. “The greatest challenge is to develop solutions which are efficient and economical in the long term,” says the expert. “We constantly endeavour to plan ahead about twenty years. We are caught between political developments, laws and support measures as well as the market with its energy prices. These are factors over which we often have no control. As an enterprise affiliated with the Confederation, we are not only obliged to play a leading role with regard to the Confederation's energy strategy – we want to.”

Solar electricity for the company’s own use

Since the revision of the Energy Act in 2017, Swiss Post has used the solar electricity produced within its own buildings or has offered it to tenants. “Unlike in the past, we do not sell the electricity to the power station, instead using it for our own consumption,” says Marc Kilcher. “To this end, smart-grid installations ensure that the energy produced is used as efficiently as possible by networking and managing components such as heat pumps, car charging stations, electric boilers and battery storage units.”

As a rule, no new Swiss Post buildings will now be built without incorporating photovoltaic systems. The possibility of including them in building renovation projects will also be examined. Swiss Post also tests new technologies: for example, an innovative energy storage unit will be used in the photovoltaic system in Neuchâtel as part of a pilot project. It is fitted with discarded batteries from the two-wheeled and three-wheeled scooter. After about seven years in service, the electric scooter batteries have a storage capacity of about 80 percent: too little to deliver letters but more than enough for a stationary storage device that can serve to recharge Swiss Post scooters overnight. One of the measures included in the “pro clima – We’re acting now” sustainability programme, the pilot project is proving to be so successful that Swiss Post is examining the possibility of building more such storage devices. 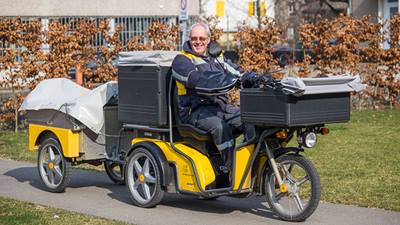 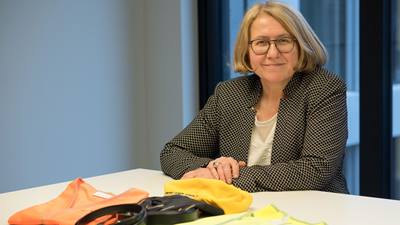 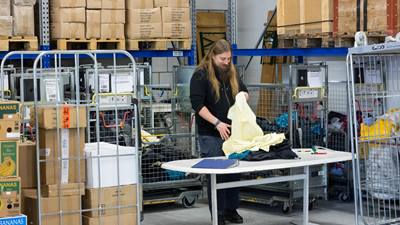 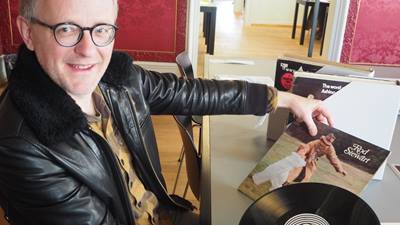 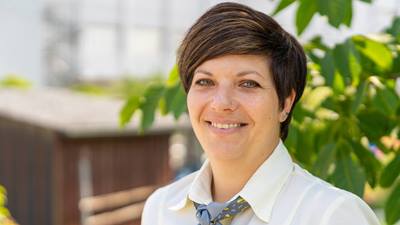