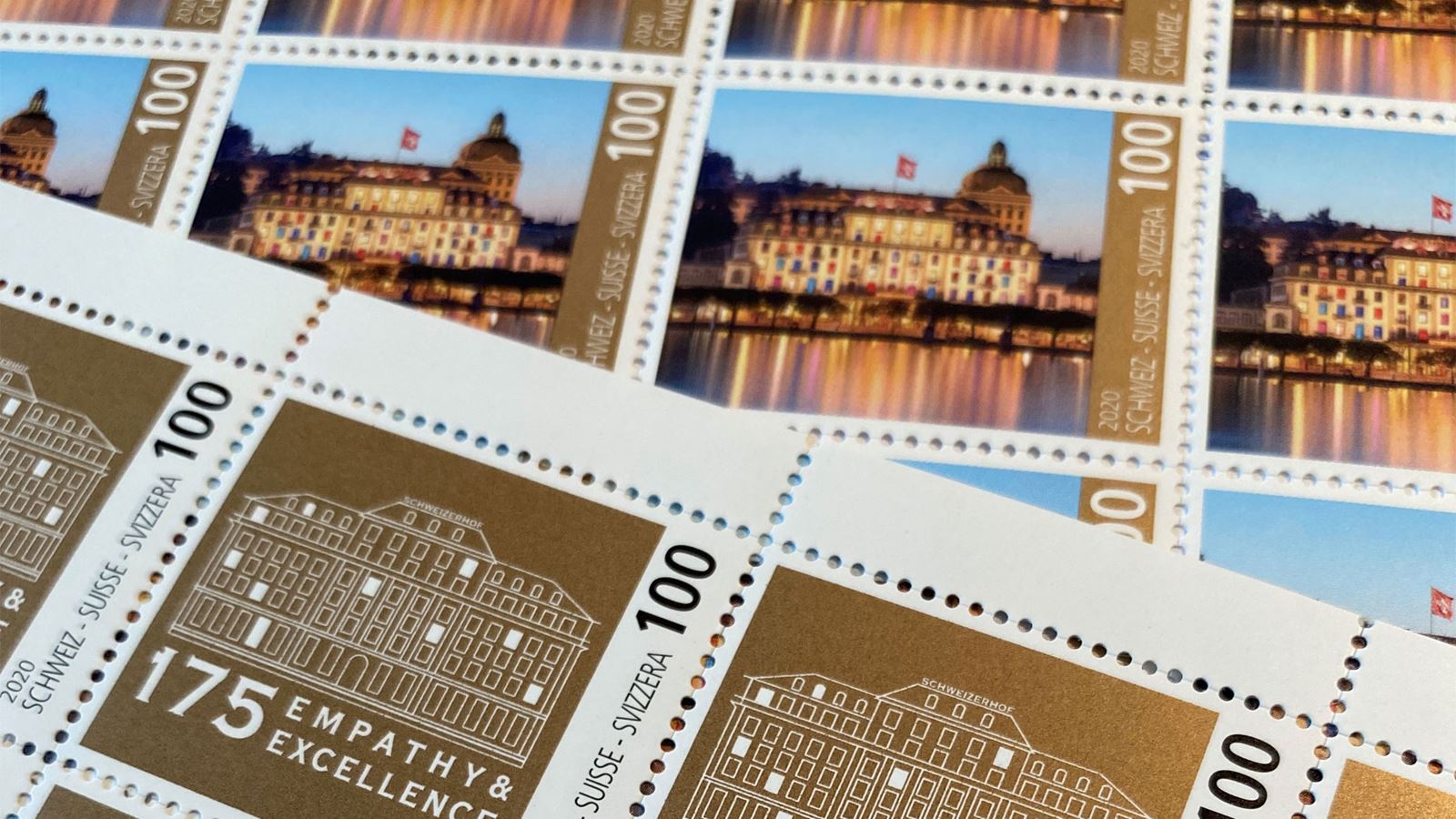 Corporate stamps
High-impact advertising with your own stamp

Use business mail to promote your brand. Expertly present your company and message to generate more attention.

As authentic as an original stamp

To mark its 175th anniversary, the Hotel Schweizerhof in Lucerne launched its very first corporate stamp. Firstly, the white anniversary logo is displayed on a golden background in a limited edition. The second design shows the famous façade of the festival hotel during the blue hour on Lake Lucerne.

Clemens Hunziker, managing director of the Hotel Schweizerhof in Lucerne, said: “The anniversary stamp has gone down really well with our guests and partners. Not only has it proved very appealing, it was also a wonderful way to round off our anniversary – and many colleagues are envious of the idea.”

Interested in your own corporate stamp? We would be pleased to advise you.